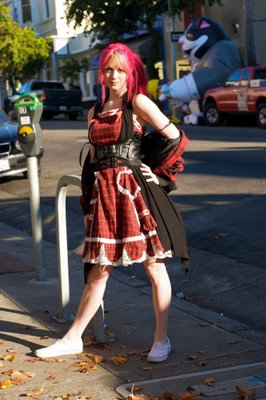 "Well I'm really into Japanese Rock called Visual K or J-Rock, so I mix that along with the style called Gothic Lolita or just regular Lolita. I also mix some of myself into it and just have so much fun with my outfits every day, so I guess - just having fun is my inspiration."

I was excited to catch Sarah walking down Fillmore the other day. It's been awhile since I've seen a Gothic Lolita in San Francisco. The effort she took in planning her outfit and getting dressed in the morning is something to be admired. 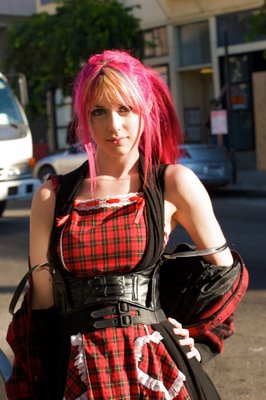 A look at her (surprisingly) practical Vans. 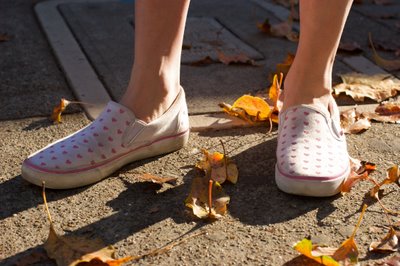 Why didn't nature include Pink in Her hair colors? Its so perfect and beautiful. I wish I had bright pink hair too. But I'm 44.

Also, let me say that wearing flats whenever you can is brilliant. I wore so many fuck-me pumps in the last 30 years that my feet have failed and now I'm FORCED to wear only Birkenstocks and tennis shoes! Its better to intersperse your ridiculous shoes with sensible shoes throughout your life, than to just shoot your wad by the time your 40.

With love and maturity,
Sharon the BloggerQueen.com

This is something different, inspired. Stopped me in my tracks and I'll now unconsciously (consciously now) keep an eye out for her